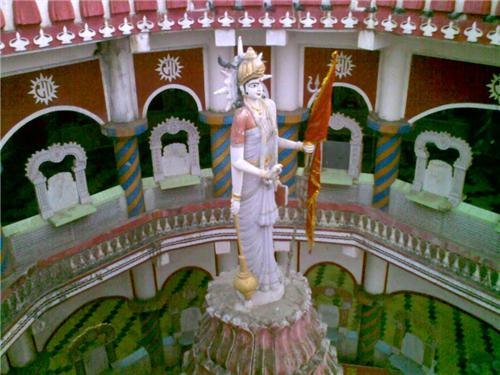 (Source:https://www.panoramio.com/photo/37152231)
One among many of the developed cities in Gujarat is Nadiad in the Kheda District of the State. The city has roots that goes to the glorious past and stands as an epitome of well administered cities in Gujarat. The city is also alternatively known as Sakshar Bhumi or The Land of the Educated.

Nadiad is believed to have been developed by rope dancers and the former historical names of the city were Natapadra or Natpur that literally means that it was for the natas or the rope dancers. The city has been ruled by Muslims in the beginning and subsequently the reigns of the city fell in the hands of Gayakwads of Baroda. A number of construction activities have been done in Nadiad in the past and the result is beautiful temples and wells that can be seen all around the town. Read More.............

Nadiad is a city in the Kheda District of Gujarat and has a total area of 45.16 km2. The city falls in the coordinate’s 22.7°N 72.87°E. Not a very big city, Nadia had a population of 225,132 as per the census of 2011. It lies on the Western Indian Railways lines that connect Ahmedabad-Mubai. The city lies in the center of Kheda District ad is an important contributor in terms of business as well. 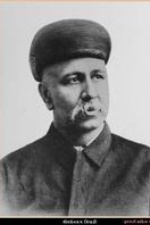 Literature has very important contributions in the field of literature. It is believed that the sixth part of Bhagwat was composed by Vishnuji Avichaldas here. The place was once called the land of educated. Famous scholars such as Zaverilal Yagnik, Govardhanram Tripathi, Chaganlal Pandya, Manilal Dwivedi and many more such scholars hail from this city.

Places of Interest in Nadiad

Lakes and Wells in Nadiad

The city of Nadiad has nine boundaries that lead to as many numbers of villages in the district of Kheda. There are some lakes that are there near these nine boundaries. The lakes are Ser lake near the Amdavadi Lake, Kheta Lake, Muleshvar Lake, Malav Lake, Kund Lake, Undeval Lake, Nana Kanneth Smashan Lake. Wells are also scattered throughout Nadiad city and are known by different names such as Santram Well, Kharo Well, Vadvo Well etc.

Religious Places of Interest in Nadiad

Nadiad has some very historical and famous religious places. Temples are a part of everyday life of the population in Nadiad and the great number of temples here bears testimony to this. Temples like Shri Narayan Temple, Santram Mandir, Swaminarayan Temple, Goswami’ Temple, Mota Kamnath Mahadev and Mai Mandir. The Santram Mandir is the most significant temple and is popular in the whole district. The constant flurry of visitors and devotees to the temple has made it very popular.

Some Renowned Personalities from Nadiad

Nadiad has been home to some legendary personalities from various fields such as literature, freedom struggle and politics. Some very famous personalities belong to this small town and have brought popular recognition to it. The famous novel Saraswatichandra was written by Govardhanram Tripathi who belonged to Nadiad. Famous freedom fighter and the first Deputy Prime Minister of India Shree Vallabhai Patel was also born in Nadiad. Apart from them Prafful Patel, former Minister of Civil aviation in the UPAII government also hails from Nadiad. All these personalities have added immensely to the reputation and fame of Nadiad.

Nadiad lies in the center of Kheda District in Gujarat and is conveniently connected by road and rail network. It is a Railway Junction of Gujarat and lies on the Western Railway Lines of Ahmedabad –Mumbai, Nadiad-Kapadvanj and Nadiad-Bhadran routes. There are plenty of local and express trains that run daily from Ahmedabad and go via Nadiad. The connectivity by Air, Rail and Road is very convenient and accessible. The nearest Airport to nadiad is at Vadodara which is just 38 kms from the city. The praiseworthy highways and road networks connect Nadiad to other parts of Gujarat and India.

An important town with history that can be traced to a prosperous past, Nadiad has always progressed with time. It is an important city in Gujarat and Kheda District which is developing with every passing day and is contributing to the growth story of developed Gujarat.